In case you are informed about the event of heavy rainfall in your area:

DURING A FLOOD EVENT

If you are inside a building

If you are outdoors

AFTER A FLOOD EVENT

If you are outdoors

If you must walk or drive in flooded areas

WHAT TO DO DURING THE RESTORATION OF DAMAGES

Before you begin the recovery process

When inspecting a flooded building

Floods are the second most common natural disaster after forest fires.

Flooding is caused by heavy rains and severe storms, rising river levels or melting snow. It also happens that a dam subsides and in this case the consequences are very big.

Flooding from natural causes either develops slowly or belongs to the category of flash (sudden) flooding, which is the most common phenomenon in Greece and Cyprus. In these regions, floods are mainly due to torrential rains, which accompany the passage of low atmospheric pressure systems.

Flash floods are the result of atmospheric disturbances, accompanied by rapid rainfall, with large amounts of rain in a short time. They are caused by storms moving slowly or moving over the same area. In the tropics they are also caused by hurricanes or tropical cyclones. Many factors point to a flash flood, such as: rain intensity and duration, topography, soil conditions, vegetation, deforestation and urbanization.

Flash floods typically occur in a short time, often a few hours or less, and result in a rapid water level rise, which in turn can cause major damage to infrastructure, such as buildings, bridges etc., because of drifting cars, uprooted trees, etc. Floods, which are caused by rainfall, can cause catastrophic landslides (mud slides). Most of the casualties caused by floods are linked to flash floods.

A less common type of flood in Greece and Cyprus is coastal flooding, which occurs in coastal areas due to large waves in the sea or in a large lake. The waves are usually caused by strong winds blowing in the area, but tsunamis can occasionally occur. Tsunamis move across the surface of the sea at a speed that depends on the depth of the sea and is of the order of 200m/sec. During their propagation, they can transfer significant amounts of water from their area where they generated to other places. Large tsunamis can cause significant damage and are felt at great distances.

AN EXAMPLE OF A CATASTROPHIC FLOOD IN GREECE 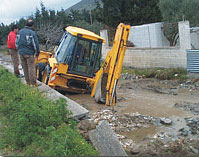 On February 17 and 18, 2003, heavy rains hit mainly the Cycladic region. The rains were caused by the passage of a barometric low with bad weather fronts from the Greek mainland. Indicatively, the amounts of rain that were collected in total during this two-day period were: Paros 223 mm, Naxos 55 mm, Mykonos 160 mm, Syros 149 mm and Kos 95 mm. As a result of the heavy rains, many houses were flooded, part of the island’s road network was damaged by landslides, crops and animal farms were destroyed, animals were swept away and many houses were severely damaged.

Due to the extensive damages, the Civil Protection General Secretariat declared the islands of Andros, Syros, Tinos, Mykonos, Sifnos, Serifos, Naxos and Paros to be in a state of emergency.

AN EXAMPLE OF A CATASTROPHIC FLOOD IN CYPRUS

On the night between the 3 and 4 December 2018, starting from around 2 am, a heavy rain and hail storm hit the capital Nicosia and the Pentadaktylos area in the occupied part of Cyprus.  Streets and basements were flooded and people were trapped in their cars. A number of roads in Nicosia were closed because of the hazardous driving conditions caused by water and mud. Strong winds affected other parts of the country, such as the Limassol and Larnaca areas, uprooting trees, and causing power cuts and mudslides.

In the occupied part of the country, the impact of this intense storm was catastrophic. Mudslides, landslides and extensive flooding were recorded. Rivers burst their banks, forcing road closures and at least four people were killed when their car was swept away. 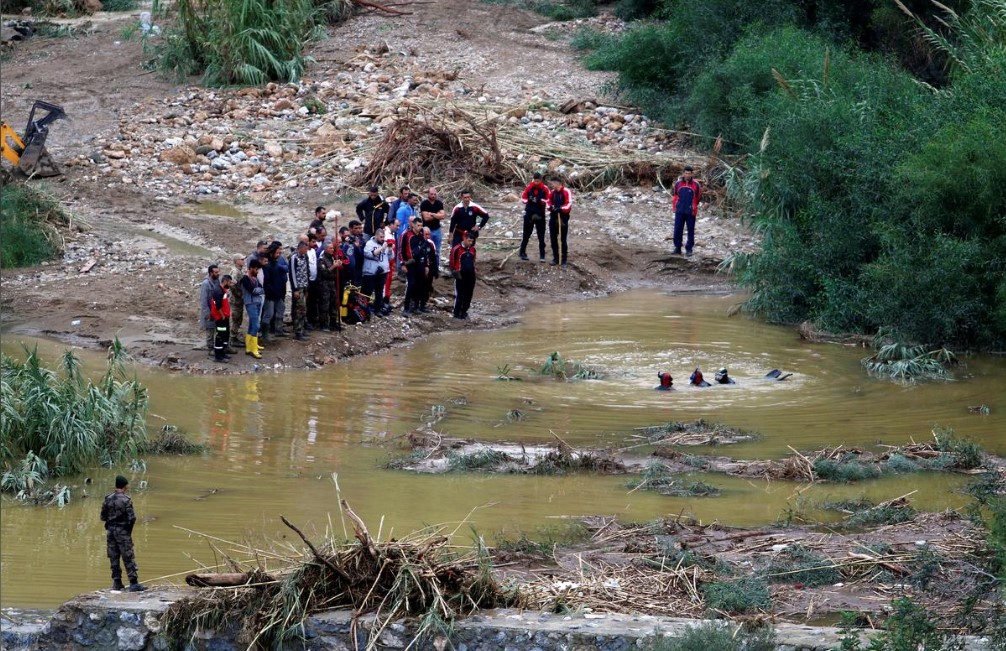 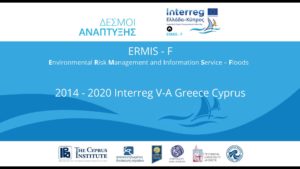